After a creative collaboration for his previous agency, Dutch communication guru and author Huib Koeleman approached Soopknife again to design the logo for a brand new agency: Orange Otters.
A partnership with Michael Meyer and Roosmarijn Busch that merges three agencies into one, shaping change processes with advise, coaching and management.

What's in a name?

Otters are intelligent, pragmatic and social creatures that are sensitive and very alert to changes; they sense and use vibrations in the water to register what happens in their surroundings. Orange is -besides the Dutch national colour - the representative colour of co-creation and dialogue. The otter shape is based on the agency's double O initials: circles. By building an otter from only various sized circles, it includes the space surrounding the final shape as well, formed by the negative space of the partly invisible circles - linking to the animal's sensitivity to pick up signals.
Assigning main focus to the brand visual, it's completed with dry typography, just accentuating the double O by placing a dash (formed by the negative space of the O's) between both initials; a hint towards a divide symbol: share. 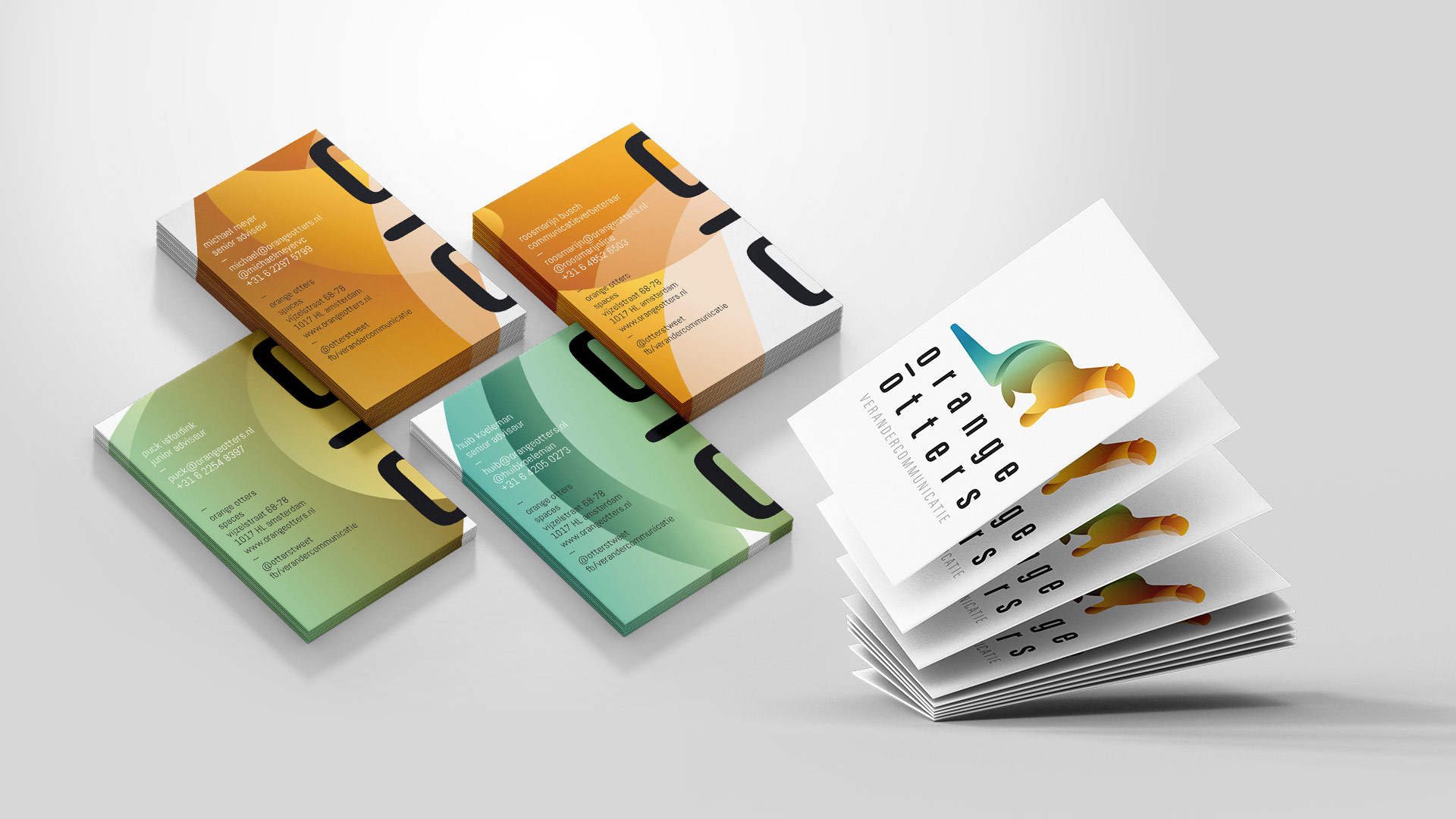